Disclaimer: This post contains affiliate links. As an Amazon Associate I earn from qualifying purchases.

This list of RumChata cocktails are the tastiest RumChata drinks to make this holiday season! Easy and simple to make recipes that everyone will enjoy.

RumChata is a unique creamy liqueur made with Caribbean rum, cream, sugar, vanilla and cinnamon. As its name implies, it tastes like a mix between rum and the Spanish drink, horchata.

RumChata can be enjoyed on its own, served as a chilled dessert liqueur. Or, it can be made into a variety of cocktails or mixed drinks.

Where Can I Buy RumChata?

There should be a liquor store near you that carries RumChata.

However, not all stores will carry it. Check online or call your local liquor store ahead of time to make sure they have it in stock.

These tips will apply to any of the RumChata cocktails that you choose to make below: 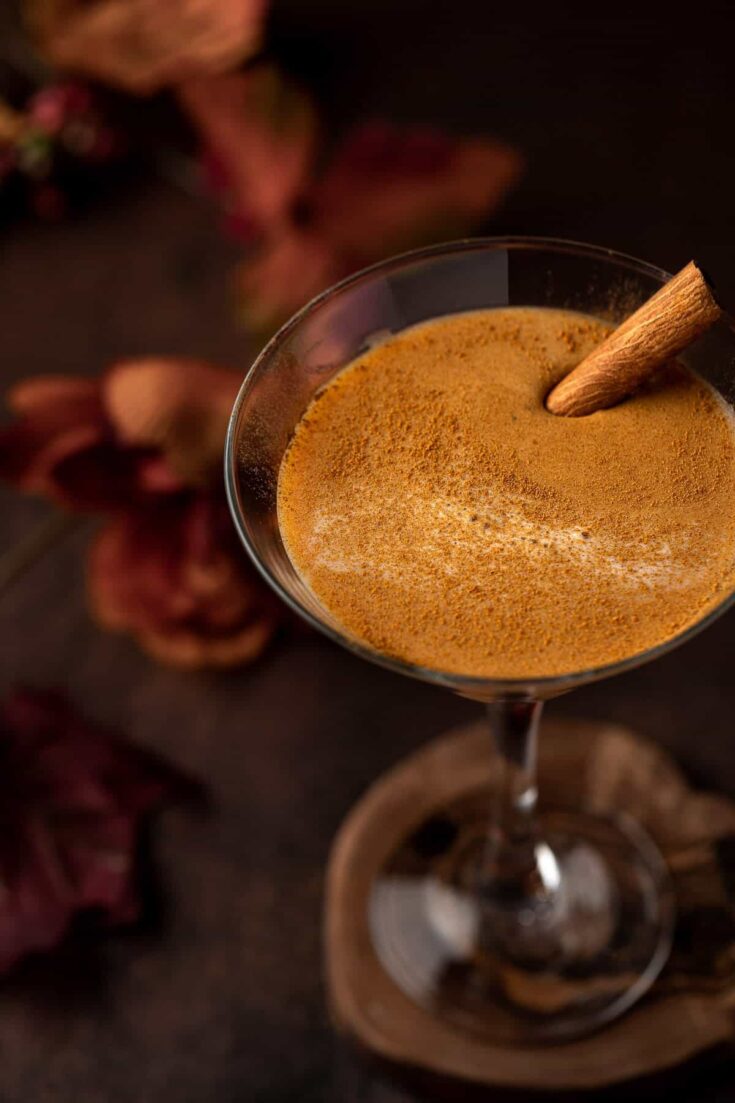 This creamy pumpkin RumChata martini is the perfect fall cocktail. Made with homemade pumpkin simple syrup, RumChata and vanilla vodka for a delicious after dinner dessert drink. 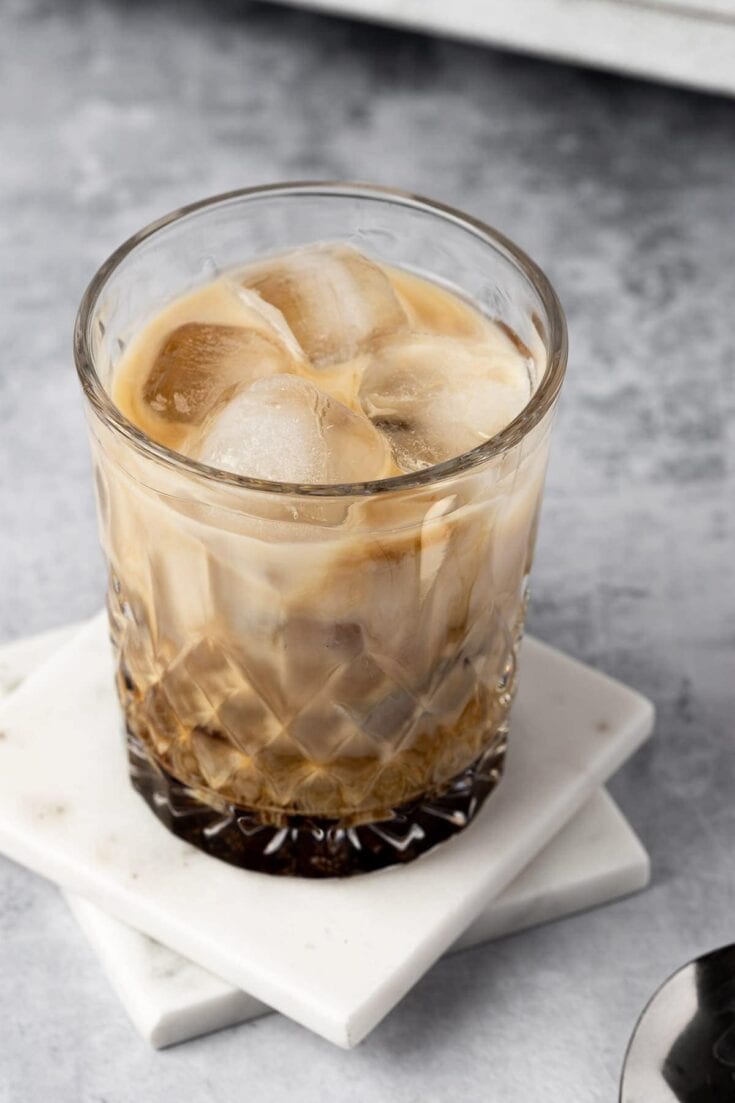 This creamy RumChata White Russian is an easy, 4 ingredient cocktail. The cinnamon & vanilla flavored RumChata gives the classic drink a holiday spin. Made with only 4 ingredients, this is a quick mixed drink to whip up. 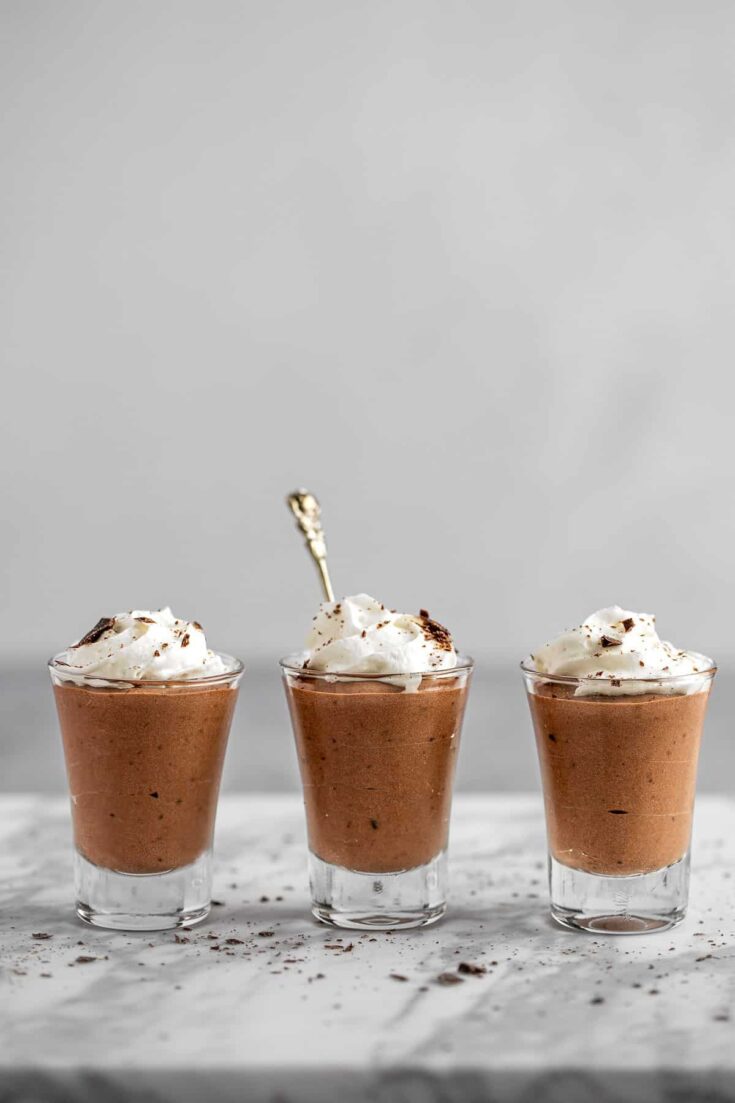 These RumChata pudding shots are truly a dessert cocktail. Serve them in a cocktail glass — such as a martini glass or a coupe glass with a dollop of whipped cream and chocolate shavings for a chocolatey cocktail you can eat! 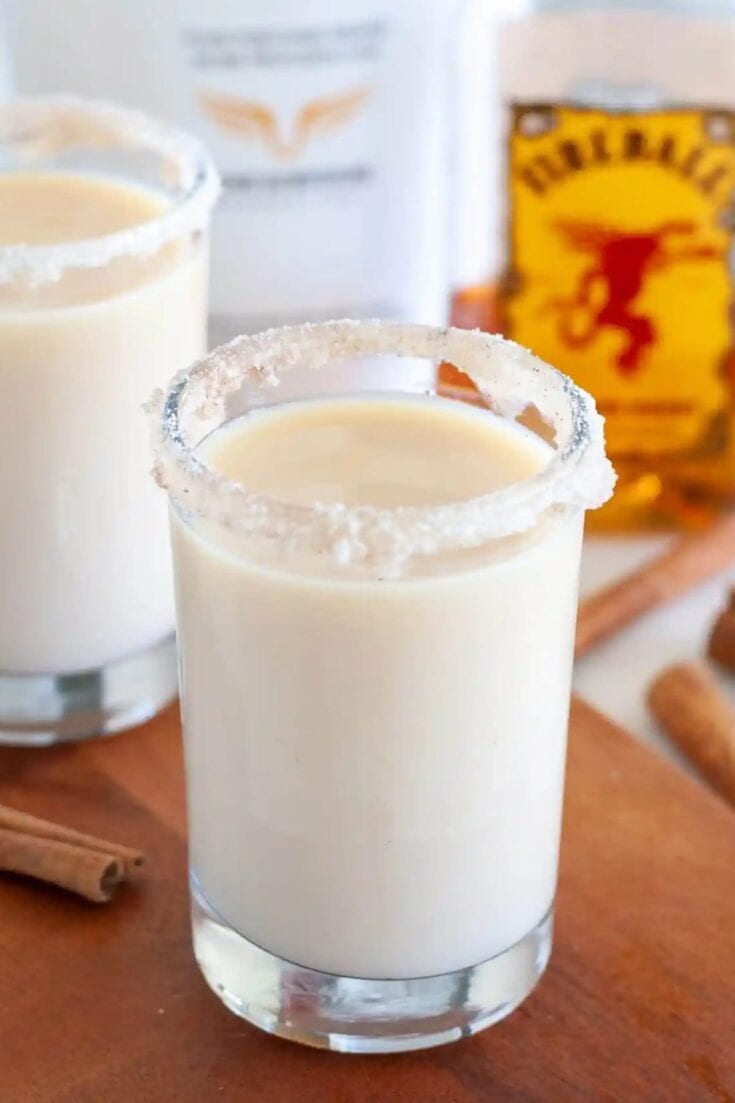 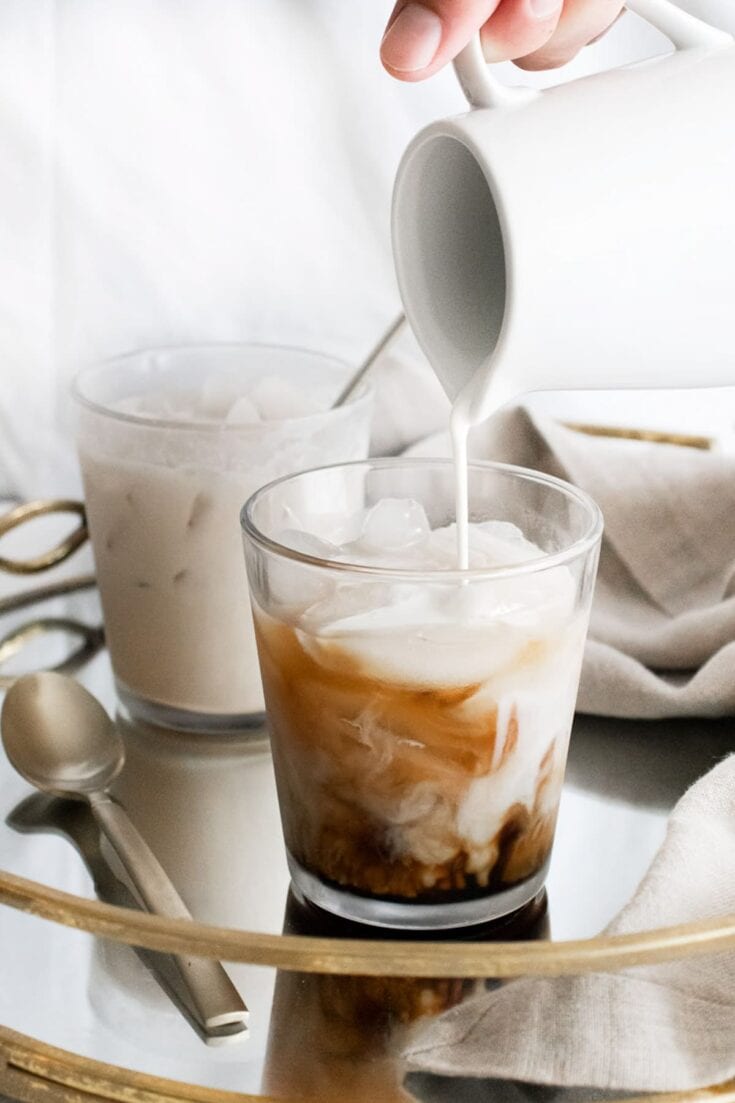 This RumChata latte is the ultimate boozy coffee cocktail. It is a creamy, cinnamon-flavored latte with a little nuttiness. Made with RumChata, Kahlua, Frangelico and cream for a simple, tasty mixed drink. 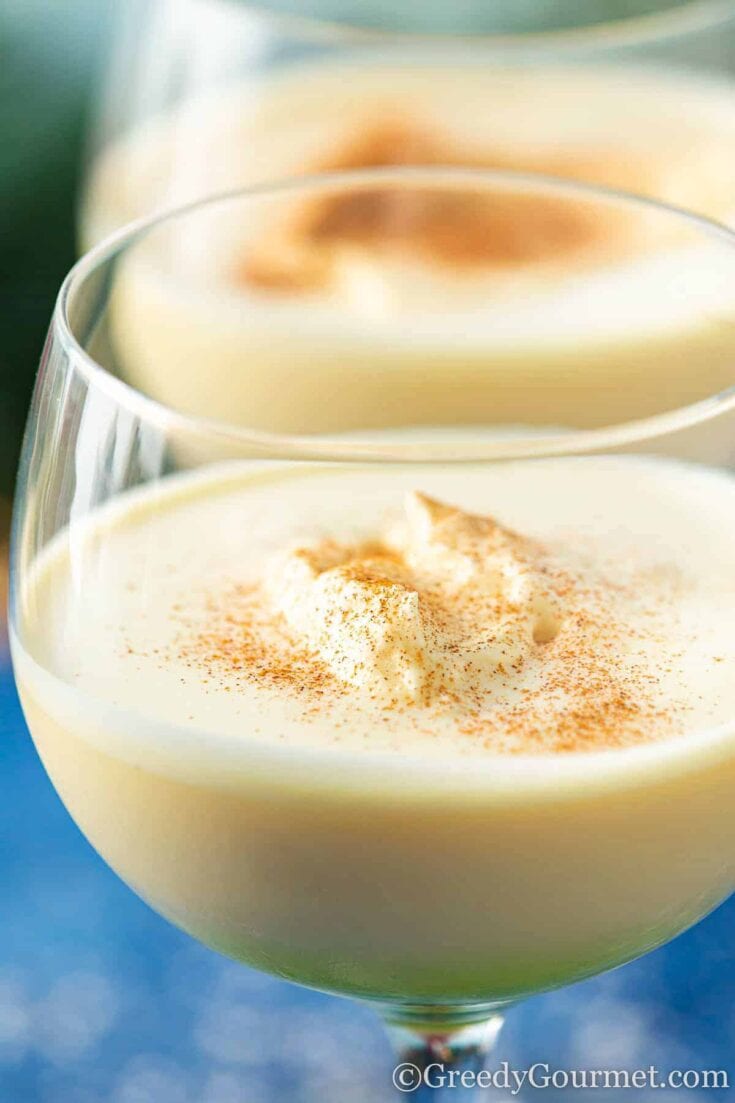 This RumChata eggnog cocktail tastes just like Christmas! Eggnog is the perfect mixer for RumChata during the holiday season. If you make eggnog this Christmas, you have to set some aside to make this cocktail with! 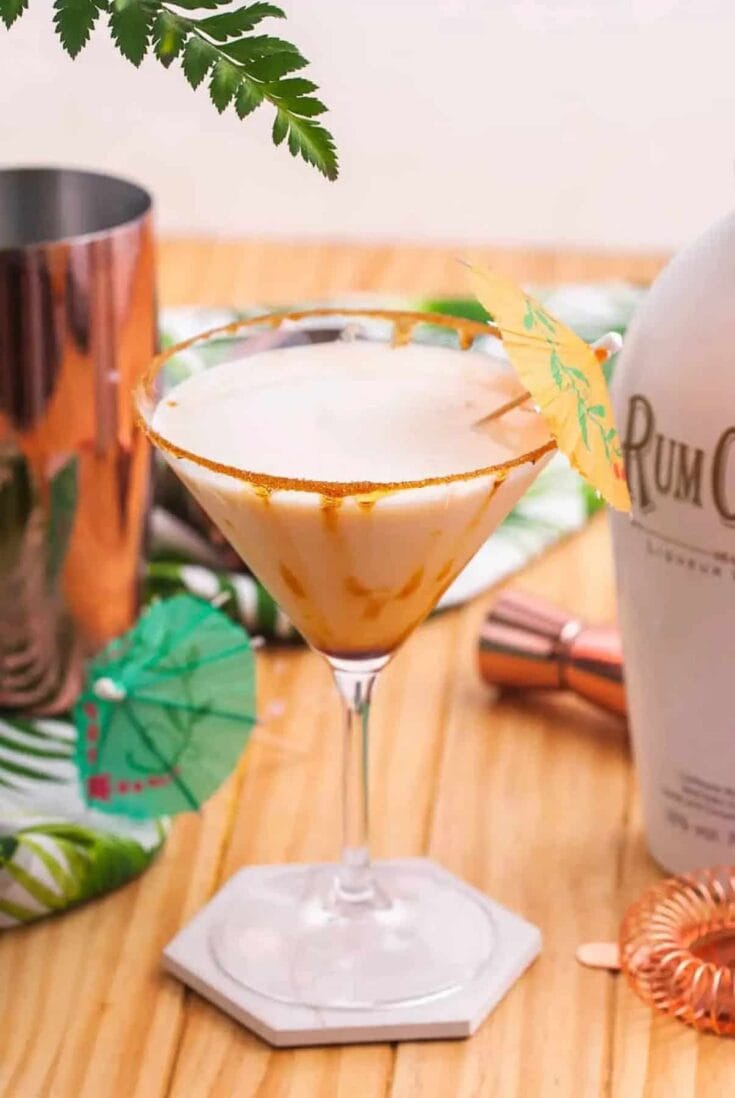 This creamy caramel RumChata martini is perfect for any occasion. It is made with RumChata, caramel vodka and caramel syrup for a delicious blend of dessert flavors. Plus, its cinnamon sugar rim gives it an extra dash of sweetness. 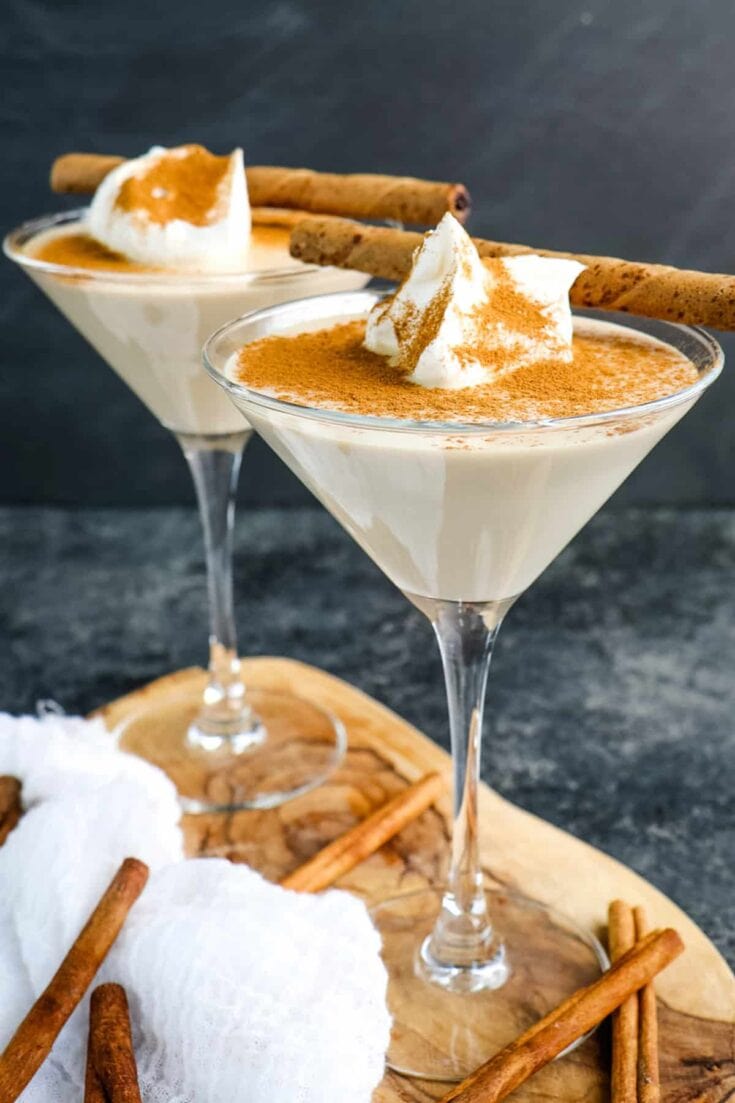 If you love the classic Italian dessert, then this Tiramisu cocktail is right up your alley! RumChata, Kahlua, and half and half are mixed together for a cinnamon & coffee flavored dessert cocktail.

You can’t go wrong choosing any one of these cocktails to make for your next holiday get-together. If you tried one, leave a comment below!

Hi, I'm Ali! Full-time nurse, lifetime foodie. Join me as I create, eat and drink the most delicious brunch, cocktail & dessert recipes! More about me —>